Arne’s Priorities Are the Priorities of Parents, Teachers, and Students 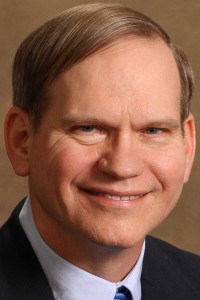 In June 2017, after more than three decades in the classroom, Arne retired from teaching.

Arne Waltmire was born in Chicago and he began his career as a high school automotive and metals instructor in western Iowa. He met his wife, Diane, there and they started a family. After three years in teaching, he spent the next eight years as a car and truck mechanic.

In 1987, the family moved to central Illinois, and Arne returned to teaching as an automotive and metals teacher. Fourteen years ago, the family settled in beautiful McHenry County. That’s when Arne began teaching at Crystal Lake South High School.

Arne has served on the McHenry County College automotive advisory committee for over ten years and has a good sense of what skills and education employers are seeking.

In addition to teaching, Arne has spent the past 18 years as a mediator and arbitrator for the National Center for Dispute Settlement. He helped car customers and manufacturers come to agreement on how to solve issues relating to repeated car repairs.

Arne is also a member of the First United Methodist Church of McHenry, where he has served as a Church Trustee and also as Co-Superintendent of the Sunday School.

Arne and Diane have lived in McHenry County for over 15 years. They have three grown sons.

Please contact the campaign with questions and comments at arne@arnewaltmire.com or 815-385-7259.